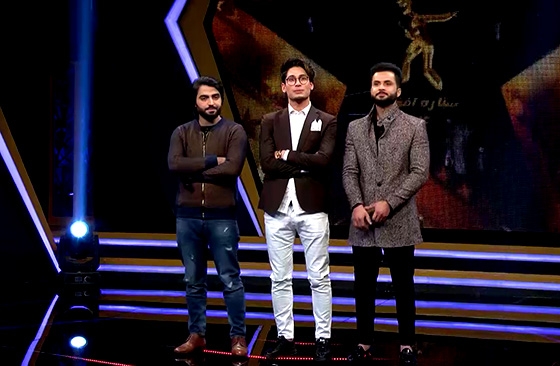 Top 9 Elimination started with a group performance of the song "Janam Ba Qadet", afterwards, Qais Emadi and Hamed Nayab were the first two contestants who interpreted a song “Ba Khuda Mekoshadam”, their performance was much encouraged by the judges of the show. Afterwards, Firuz Fazel, Wasim Anwari and Hameed Hadees appeared on the stage singing “Mardom” an pop song, they amazed the judges and got good comments on their performance.

Zahra Elham and Sadiqa Madadgar performed the third duet of tonight’s show. They performed a song “Harfe Mardom Mashenaw” from Parasto. Finally, Hamid Mahboob and Salam Maftoon came to the stage and performed the song “Azad Afghanistan” and encouraged a lot by the judges.

Lastly, the judges and the audience were all waiting for the result, one of them had to say goodbye to the stage of Afghan Star, to know who said goodbye to the program and disappointed his fans and more details about the Top 9 elimination click on the link below to watch the full episode of Afghan Star.